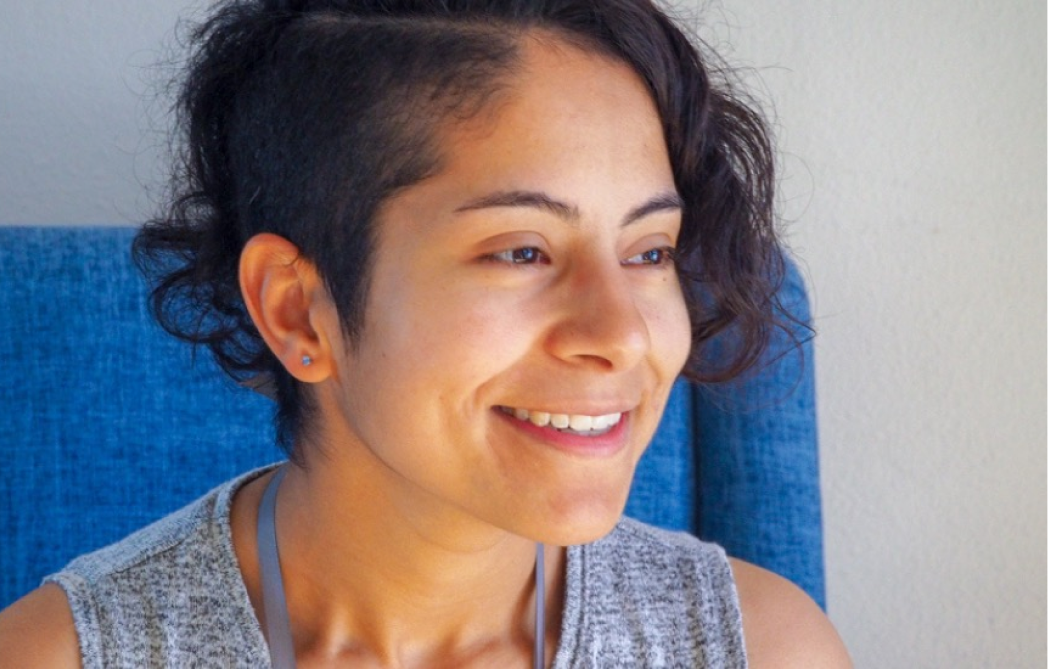 Audrey Galo (she/her/ella) is an entrepreneur, DEI leader, speaker and career coach. She leads the Women's ERG at General Assembly to help promote gender equity in tech. In 2018 she founded AG Voiced, a company dedicated to helping women of color get the careers they deserve. Her national weekly career newsletter, Amplify, connects women of color to resources, events and stories created with their experiences at the forefront. Previously, she spent a decade empowering communities nationally and globally affected by systemic poverty. Her leadership and managerial experience was shaped as an underestimated queer, Latine woman and mother breaking down barriers in fast-paced, dynamic, high-performing environments. Audrey is a San Francisco Bay Area resident, Chicago native and proud of her Central American roots.

1. Why did you want to become an ERG lead? (should be part of every interview)

My entire career I’ve always been involved with equity-related work in several forms - working in education, social services, architecture, and coaching and learning and development. At the crux of all my work, I want to reinvent systems to ensure marginalized communities have access to opportunities, resources, and knowledge in the same way that others do. The opportunity to be a DEI advocate and ERG lead is another facet of my personal mission.

My persistence in DEI and ERG work developed from my personal experiences early in my career and how lonely and exhausted I felt because I was the only queer, Latina woman - and it was clear those professional spaces weren’t intended for me. As an ERG lead, I’m excited to create a different reality than I experienced for my colleagues who are from underrepresented backgrounds. Being an ERG leader is about making sure that the people I work with have access to opportunities, that they feel psychologically safe, and that they have an advocate who is ensuring their workplace is a place deserving of their talent and skills.

2. What do you want people to know about being an ERG lead that they might not? What's misunderstood about the role?

A common misunderstanding about the role is that you’re supposed to own all of it and do everything yourself. ERG leaders put a lot of pressure on themselves to plan it all, execute it all, and do it all. There shouldn’t be one sole person who is responsible for all ERG or DEI efforts. Everybody within an organization is responsible for DEI success.

As ERG leaders, we often get burned out because we think we have to solve everyone's problems, but I’m a big advocate for asking company leadership about what they're doing to support your ERG member community. As ERG leaders, we can provide feedback to company leadership by identifying moments the company and executive leadership can do better. It’s the company that is responsible for resourcing your ERG and DEI efforts and having the processes and policies in place that help address the issues brought forward by an ERG.

‍How were you identified as a potential backfill for the ERG lead position?

The Women’s ERG had an open call for people interested in joining the leadership team and at the time I was interested in starting a Women of Color ERG because I felt a separate space was needed for women of color. And that feedback led to a great conversation with the former chair of the Women’s ERG who encouraged me to join the ERG and bring that intersectional perspective to the group. Her invitation to join the leadership team and encouragement gave me the confidence to step into the role. I did my best to learn as much as I could from the prior ERG leadership team so we could sustain the impact of the ERG regardless of any changes to our ERG leadership team. Earlier this year, I recruited a completely new leadership team for our ERG and was able to successfully deliver our Women’s History Month programming in a seamless manner due to the legacy of former ERG leaders.

What resources were provided to you when you transitioned into your role?

Our prior ERG leadership left a really solid foundation and created an ERG Charter that included a mission statement, vision statement, and business case. The Charter has evolved but it was certainly a helpful roadmap that we could evolve with each new leader who joins our ERG. The former leaders also left a programmatic legacy and we carry those traditions forward because our membership loves them and finds comfort in those rituals.

How did you know what was required of you as a Lead?

When I first joined as an ERG lead, there were loose definitions of responsibilities for ERG leaders. We’ve evolved that description and the co-chairs of our ERG developed a more nuanced list of responsibilities to use moving forward. Our goal was to create differentiation between, for example, our Programs Lead, Treasurer, Communications Lead, Chairs, and Executive Sponsor. By creating a clear description of the roles it would make it easier for us to recruit future leaders when necessary.

How did you determine your goals for the ERG when you took over?

I recruited an entirely new ERG leadership team in January, so our first goal was to plan and execute a high-impact and meaningful Women’s History Month. It was a dash to the finish line but actually turned out to be excellent timing because it allowed us to be really focused and to figure out all of our working styles and superpowers on the team.

Since wrapping up Women’s History Month, we’re focused on building a strategy and goals for the remainder of the year. We’ll spend time listening to our membership’s needs and feedback to ensure we’re aligned and making an impact on the most important issues to our members.

Did you already have a relationship with your exec sponsor? If not, how did you establish that?

No, I didn’t have a relationship with our exec sponsor because she had only just joined the organization when she stepped into the executive sponsor role. She led the women’s ERG at her former company so she was able to quickly jump into the work and brought clarity on her role and how she could support the ERG. As the ERG chair, I felt my role was to provide as much historical context to the executive sponsor and to the rest of the new leadership team.

Any last advice for ERG Leads that are leaving the position and want to leave something behind for their successor?

My advice is to provide your successor with transparency into the successes and challenges during your tenure. If time allows, create a written transition plan that covers the logistics of running an ERG, a list of projects or partnerships the ERG is working on, and reference materials like templates of surveys and event materials. Documentation is key!

ERGs occupy a unique position in a company and it’s critical that an incoming ERG leader is set up for success by understanding the key stakeholders throughout the organization; having a strong relationship with the executive sponsor and being equipped with the resources to continue making an impact.

When preparing to transition to a new ERG Lead, it’s key that your former Lead shares any and all key learnings from their experience. This could be event or initiative ideas that worked vs. flopped, which execs to go to for certain asks, or general advice for succeeding in the role.

It’s important to give your successor the full context of your group and help them more smoothly transition into the position. This also helps to prevent any delays in terms of programming - if they know that member meetings are held every other Monday or that budget proposals are due at the beginning of the quarter there won't be any hiccups when it's their turn to take over these responsibilities.

Since ERG work is often done on top of your main job function, it’s important that people know exactly what they're signing up for. Create a list of responsibilities for each role on your leadership board and be as specific as possible. Here are some things to consider:

By having this list of requirements on hand, it will be much easier for employees to determine if they have the bandwidth to commit to the role, thus ensuring you get more qualified and dedicated participants.

3. Listen to your members

Although Audrey stepped into the role with a really solid foundation from her predecessors, she is still being really intentional about taking a pulse of her membership. What do they like about the way things are currently done? Is there anything else they’d like to see or get out of the group?

Employee resource groups are just as the name suggests, a group made by and for employees at an organization. No matter how strong of a culture or presence your group has, as a new leader, it’s still important to see where there may be room for improvement. Make sure to gather feedback from your members and make changes accordingly!

Read our other Blueprints!

Sign up to our weekly newsletter to get the latest Blue Pages content sent to your inbox.